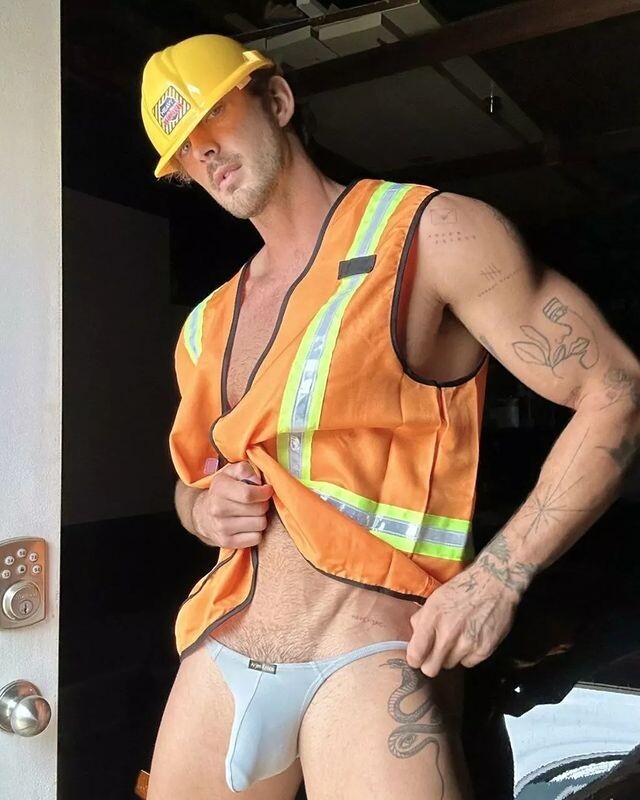 Christian Hogue is an American model born on January 25th, 1992. He was born in Medford, Oregon, USA, and he pursued a modeling career for as long as he can remember. Before he got into the modeling industry, Hogue did many things including professional gymnastics and even football. It seems that he has always been dead set on physical activities which have shaped his body into the chiseled hotness that it is today. At the young age of 15, his mother encouraged him to pursue a modeling career because of how handsome he was growing out to be. Her wishes came true as Christian is associated with many massive brand names these days

He works as a model all over the world, from the far east in Australia, to the London middle, and of course, all the way back to his home country of the United States of America. He has worked with brands such as Abercrombie, Armani, and even Nike! While he has had many opportunities to prove himself on the modeling scene, one gig in particular was a dream come true for him. He got to model for a fragrance made by Versace. The fragrance was Dylan Blue pour Femme and he absolutely loved that experience.

He also travels to more exotic destinations when he has to commit to a photoshoot. One of the best places he has traveled to would be Rio in Brazil. He’s thankful for all the opportunities he gets as he loves traveling and meeting new people all the time during his photoshoots. But his looks alone weren’t the only thing to sway all the people who have gone ahead and worked with him over the years. It’s also his character which has a lot of positivity and confidence around it that makes the difference.

When he’s not modeling, Christian is taking care of his physique. He gets up early in the morning and hits the gym early on for an hour or two before having lunch. After that, he enjoys living the free life of a motorcyclist. He owns 6 motorcycles, so it’s a really big passion of his which he is fond of. And it really goes with his style. He likes to wear casual clothes, something like Levi’s comes to mind when he is wondering what to put on. He has over 733k followers on his Instagram and over 900 posts.  (AdonisMale Biography added by the website, not by the original poster)