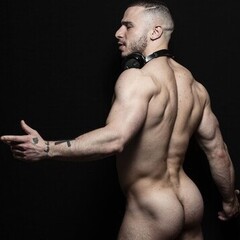 Sergey Vyacheslavovich Lazarev is a Russian singer, dancer and actor. He is most famous for his singing career, when he rose to fame as a member of the group Smash!!. The group broke up in 2006. Since then Lazarev has pursued a solo career. He represented Russia in the Eurovision Song Contest 2016 in Stockholm, Sweden, and finished in third place, coming first in the televote. He represented Russia again at Eurovision Song Contest 2019 in Tel Aviv, Israel with the song "Scream", and similarly finished in third place.